At a time when many people in the Uk, and indeed all around the world, are living with so much uncertainty brought by the coronavirus outbreak, it is reassuring that governments in some countries are stepping up and introducing stimulus packages and financial and tax changes to help relieve the financial pressure.

To date (27 March), a number of policies and aid packages have been introduced throughout March, to help protect Britain’s economy and to help individuals and businesses to stay afloat during these difficult times. The total financial aid pledged by the UK government is worth  £65.5 billion pounds.

Here’s a summary of what has been pledged

1. Help for the Unemployed Due to Self-Isolation

It is estimated that 20% of British employees may be out of work at the peak of the coronavirus outbreak. On the 11 March, the government stated that it will extend statutory sick pay to all people who stay off work in order to self-isolate, even if they do not have symptoms.

2. Help for the Self-Employed

Self-employed people will be able to claim benefit payments with the government temporarily removing the minimum income floor from Universal Credit to ensure that people who cannot work are able to pay for their bills and essentials.

On the 26 March, the government went even further and announced that about 3.8 million workers – from hairdressers to cleaners, will be eligible for the grants for the self-employed

A £500 million “hardship fund” is being made available for local authorities to spend on protecting vulnerable people in their areas.

Businesses that employ fewer than 250 people will be entitled to government refunds on any sick pay they give to their employees over two weeks.

Business rates are also being abolished for thousands of SMEs that are likely to be negatively affected during the virus outbreak. This applies to businesses with a rateable value of less than £51,000.

5. Help for those Temporarily Unable to Work Due to the Coronavirus Outbreak

On the 20th March, the government launched a significant stimulus package to help stabilize the British economy which included the unprecedented policy of the government paying the wages of all UK workers.

This was further outlined on 26 March when it was announced that there would be £7 billion of extra welfare spending and the government would pay 80% of salaried employees’ wages up to a maximum of £2,500 a month.

The Treasury said the government will also cover employers for the National Insurance and minimum auto-enrolment pension contributions of absent workers, saving firms an average of £300 a month.

Furthermore, to help businesses pay people and keep them in work, VAT payments for the next quarter are to be deferred meaning businesses don’t pay VAT until the end of June and then they have until the end of the financial year to repay those bills.

6. Help Provided by the Bank of England

On 11 March, The Bank of England cut interest rates from 0.75% to 0.25% in an emergency move to boost the economy. These cuts will affect borrowers differently depending on the type of mortgage they have. Check on Propillo for further details on how it might affect your loan repayments.

It also unveiled a scheme to provide cheap funding directly to commercial banks to incentivize them to support struggling small to medium-sized businesses.

The coronavirus crisis has transformed the UK economy at a stroke and it is hoped that these stimulus packages will help ease the growing financial strain on individuals and businesses in the UK.

If you would like information about mortgages during these troubling times, visit Propillo for fast and reliable advice. 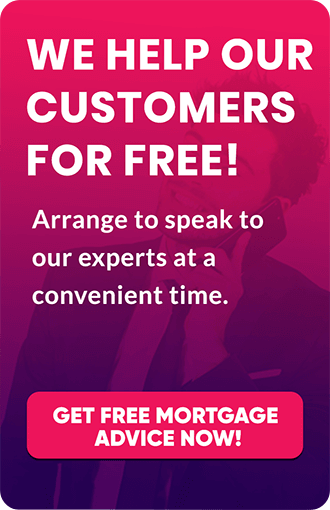 Click the button below if you want to view your Credit Report &
Score for FREE now!

Disclaimer: UKCreditRatings offer a 14-day trial to their credit report service. If you choose not to cancel within. The trial period, you will incur the monthly subscription fee of £19.95 until you cancel the account

Reasons to Hire a Skip Bin When Moving

View all
About Author

Hello! I’m Matthew and I’m an expert in making, saving, and borrowing money!

Home loan mortgages, development finance, commercial lending, etc (oh the joy) were not exactly the things I dreamed of dealing with as I was growing up. But with 10+ years of financial wizardry under the belt, it has become something of a passion and outlet for providing help to those that need it.

“Knowledge is power is time is money”

The vast majority of cases are handled free of charge! However, there are some more complex situations where a fee will need to be applied.

We will ALWAYS let you know this UPFRONT and with no commitment on your part. Transparency is integral to our service.

Always know what’s happening in the world of Propillo.
Receive all the latest Posts in your inbox

Your home may be repossessed if you do not keep up repayments on your mortgage.

Follow us to get the latest news from Propillo

Copyright Propillo LTD 2021
Propillo ltd is an authorised introducer for 360 Financial Services Limited is an appointed representative of New Leaf Distribution Ltd
which is authorised and regulated by the Financial Conduct Authority.
FCA Number 460421 Propillo ltd.